Just got back from China. I traveled with a group (fewer than twenty) from all over the US plus four from London. Our leader was Jesse Tsao, wonderful Tai Chi master and teacher (taichihealthways.com). We saw some amazing sights on a three-day Yangtze River Cruise and four-day tour of Wudang Mountain. 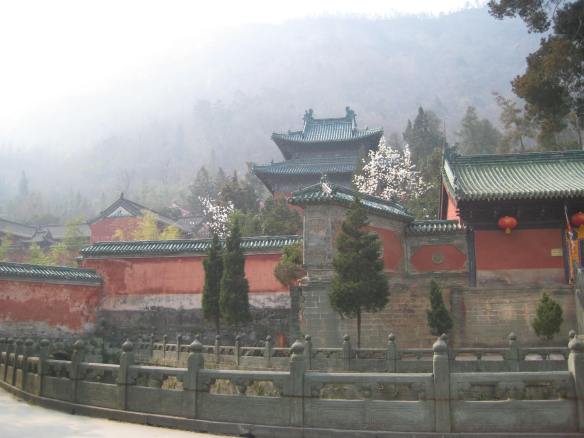 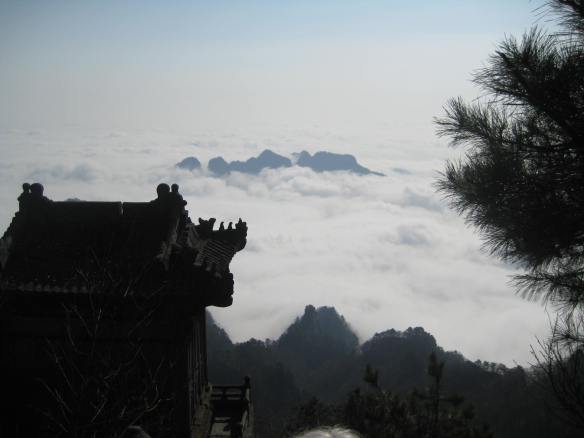 The view from the Golden Summit

There’s a school half-way up the mountain, next to the hotel where we stayed. We visited with the master, who told us (Jesse interpreting) about the history and philosophy of his school, and who kindly gave us each a signed copy of a little book. I can make neither heads nor tails of it, but I will surely treasure it. Must figure out what it is.

Yu Xu Palace, which I have seen in so many videos, surprised me. It always looked to me as though it was set in a vast remote plain. There are no plains to be had in that part of China, however, and Yu Xu is in fact right in the middle of Wudangshan village (武当山, Wǔdāngshān). The interior of the Yu Xu Palace was closed for renovation, so we saw only the famous courtyard. Loved it. 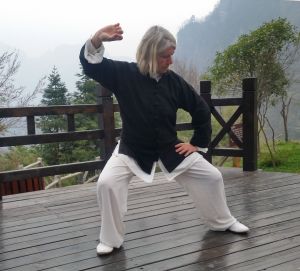 I did some Chen on the mountain.

As far as tai chi is concerned, we had several amazing sessions with Jesse. Most fascinating to me was a comparison of the first sections of the four traditional long forms (Yang, Chen, Sun and Wu). I had never understood how closely the first part of the Yang 108 parallels the first part of Laojia.

On the last two mornings, we found a group at a park in Wuhan. Master Tan led us through the traditional Yang-style long form and 24; then we did a qigong routine that was new to me. She called it shí bā shì (十八式, 18-forms) Tai Chi Qigong (太极气功, Tàijí qìgōng). I found a video and a list of the names of the movements. Nice routine. Master Tan’s recording, like the track to the video, includes cues for breathing. 呼吸 hūxī is breathe; hū  is exhale and xī  is inhale.

We also did a Beijing-style silk-reeling Chen routine that blew me away, but I don’t have any idea how to find it on the Internet. Still looking for that one.